The use of Hydraulics in the Movies 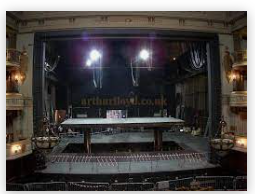 We use hydraulic powered equipment in pretty much every aspect of our life. Without the power of hydraulic machinery, bringing its ability to lift and move heavy objects, construction and transport would be a much harder job. However, there is one aspect of the work of Hydraulics that also brings us great joy and entertainment. Hydraulics are used in many ingenious ways by the film industry. Some of these projects require a Hydraulic Power Pack, like those from https://www.hydraproducts.co.uk/ for example, due to the amount of energy required to create the special effect. 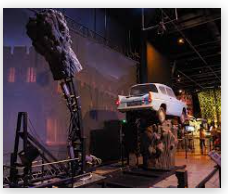 Have you seen any of the Harry Potter films? It is very likely given the amount of money the film has made in Cinemas, DVD sales and streaming requests. Whilst the film is based on people having or not having magic powers, the effects of the film are practical magic all of their own. Making it seem like Daniel Radcliffe or Emma Watson have magical abilities is a slew of technological and industrial machines controlled by an army of technicians and engineers. For example, the Whomping Willow that destroys the Weasley’s Car and guards the secret entrance to the Shrieking Shack is, in fact, a mass of hydraulic arms that flex and compress as needed by computer control. This is then sped up for films, or have the shot footage be used in real-time. The same effect gives the impression of Harry’s Quidditch successes or the Order of the Phoenix scudding their way across the London skyline. 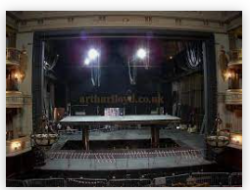 On the stage, the need to change rigging and lights at a rapid rate to create effects and create an atmosphere also falls to the use of hydraulics. Again, this can be computer-controlled rather than relying on manual input, although this is still done. The smooth transfer of energy that hydraulics use is perfect for the stage, plus it is not so loud as to disrupt the performance.

The use of hydraulics goes even further than stage effects. The simple lifting power of hydraulics makes the setup and dismantling of sets quicker. Also, theatres can feature a retractable roof that allows in natural light or is closed if it rains. Lifts on the stage also give the entertainers the chance to make a very grand entrance, emerging from the middle of the stage to burst into song or performance.